Sitting here thinking about things and deciding if I wanted to actually say something. While my mind was wandering I noticed we now have emojis. Not necessarily good ones but they will say what I think if I care to use one.

They even have the "pile of poo" that I am so tempted to cover the page with but in the interest of preserving my sanity and my blood pressure, I'll refrain. I'm also finding that I'm needing to refrain from speaking to almost everyone except family and maybe 2 other people since they are so gleeful over the election results and what's going on in Congress this week.

If I hang around my other blog site, I will learn to hate so much that I might never be able to stop. As it is I've blown up in a blog post over family members of mine with serious ailments that might be left out in the cold, including my grandson. Oddly, the biggest troublemaker there looked past what I said and asked me about my grandson's condition which no one else much saw fit to do. Fortunately, no one disagreed with me to the combative point either. I am not sane at the moment and my blood pressure is sky high. Again.

I'm trying to get past what has happened and have some hope but it's getting harder. I have decided to unplug from social media except for contact with family and those who have the same political leanings that I do. And when I feel the need to write, I will come here where nobody much reads me.

It's not worth working myself up into a stroke or heart attack over what has happened. I just need to stay away from those who feel the need to spout off against everyone who disagrees with the election. Especially when they're crowing about crybaby libs or liberal whiners while they clap their hands about taking health insurance away from the low income working person even if they're in the midst of treatments for catastrophic illness or like my grandson who at 19 has COPD and needs expensive medications to breathe. When I think about my nephew who at 9 has to live wrapped in gauze bandages and spend every month at Upstate Children's Hospital trying to fix his feeding tube. He has epidermolysis bullosa and his prognosis is...well...I don't want to talk about him now. It's too depressing.

Since moving here when I use the laptop I sit in the kitchen at the table. My cats are not allowed on the table which they normally abide by. Yesterday I was sitting here trying not to go off when Butterscotch popped up between me and the laptop and started butting me in the face with his head. He was making little mewling noises and purrs while he would put his head against me for a second or so. It caught me by such surprise I didn't even chastise him. Probably because I needed a hug and he was the next best thing.

I have the tools to heal myself of my anger and worry. I just need to take responsibility for myself and use them. I don't want to start arguing with people. I've saaid what I believe and if they wish to consider me to be a whining liberal then I don't need to argue with that, I need to let them go and ignore them. 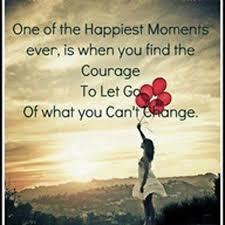